How to optimize warehousing thanks to location services.

Aerodynamics #3: “What is Airmanship?” 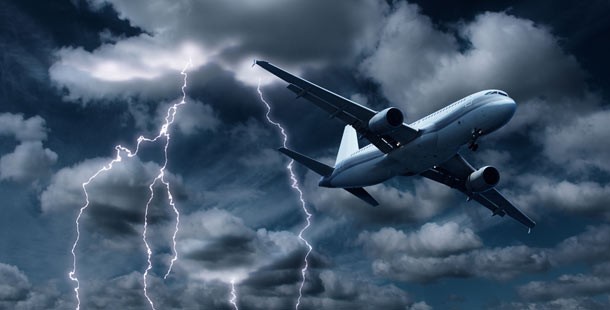 I will try and explain what is a very broad concept.

To do this I will borrow from several great leaders, oracles and artists and what they said or captured on the subject of leadership. Yes, airmanship, or seamanship, are in effect both key elements of what leadership is all about.

In order to make our thinking more focused, as well as capture the essence of our discussion and identify the decision-maker in all its different realms, requirements and challenges, let’s settle on one word only and use the title of “The Captain”.

Because someone has to be in charge, someone has to have full responsibility, someone has to decide and that someone will be ultimately held responsible for any decision. This is where we begin to witness the difference between the cultures that support their Captains and empower them to make the tough calls and those organizations and management cultures that are risk averse. Here is where we separate the innovators and visionaries from the bureaucrats and the followers, here is where you separate the winners from the losers.

Quotes and images that capture the Thesis:

The Captain then and now

The old Captain’s intense gaze says it all. The old sailing ship in stormy sea – the modern airliner in a stormy sky – the times are different but the elements and challenges have not changed. 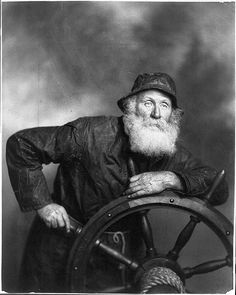 Both these Captains are doing the same thing using the same strategies. This is called, “Staying ahead of the ship or airplane”.

“Staying ahead of ship, airplane or supply chain”

What is Airmanship? What does it look like? How do you know when you see it? And how does it apply to the Logistics world?

For the answer to the first question just look at the photo of that old Captain. That’s what it looks like.

As for the second question – again look at his body language and the confidence in his weathered old face.

Being a Captain means making decisions sometimes at 10 knots sometimes at 500 knots. In the world of logistics timelines are at times different: days, weeks, months, but decisions still need to be made in a timely and effective manner – therefore – those making these decisions are the Logistics’ Captains. They are the decision-makers and they will be held accountable if things go wrong. That’s where we see the parallels between these three different modes of transportation.

Next time I will expand on the cultures that support and nurture vision and innovation. There are many examples of organizations that look for new ways and technologies to drive their ships forward. They are the industry leaders, they are the innovators, and Locatible is all of that. We are the new Captains of Industry and the game changers. 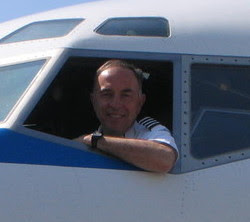 Captain Matt Sheehy is presently involved in Business Development (Canada) for Locatible. He is also the Director (Canada) of Jetana LLC, an international security consulting company with its head office based in Kalispell, Montana, USA. A retired Air Canada Captain with 37 years of experience as a commercial pilot. Matt is an internationally recognized security expert and served over his career in various roles and capacities at CALPA, ACPA and ALPA Int’l. During the dark days immediately after 9/11, Matt was the key person that developed and formatted the ACPA Security Committee.

Theme by Anders Noren — Up ↑